Objective: Students will use their creativity to interpret the story from the Torah Portion 'Cheye Sarah'.

Lesson: Begin by telling a shortened version of this week’s Torah portion (Chaye Sarah): Sarah, Abraham’s wife died when she was 127 years old. Abraham decides it is time for his son Isaac to find a wife. He sends his servant so he sent one of his servants to his hometown to find someone who would be suitable. His servant asked him, “What if I find a girl there, but she does not want to come back here and marry Isaac, what am I supposed to do then?” Abraham decided that the servant would be freed of the task should that happen. Isaac and the servant took ten camels and set out to find a woman who would be a good wife for Isaac. A little outside of the city, he stopped the camels and allowed them some time to drink water from the well. As he did that he said, “Grant me the good fortune this day!” Then he saw Rebecca, who had a large jar filled with water she just gathered from the spring. The servant said, “May I please have some of your water?” and she generously let him drink as much as he needed. When he had finished she said that she would also get enough water for his camels. After everyone had enough to drink, the servant asked if they could stay at her family’s house for the night and she said yes. During dinner that night, the servant explained why he had traveled so far. Rebecca’s father asked her whether she would be interested in going back to marry Isaac and she said that she would. As they arrived back in Isaac’s village, he was out in the field and saw her approaching. And Isaac and Rebecca loved each other very much. (Genesis 23:1-24:67)

The student were asked to focus on one aspect of the story and to create a visual representation by using the method of paper tearing. The following are their interpretations. 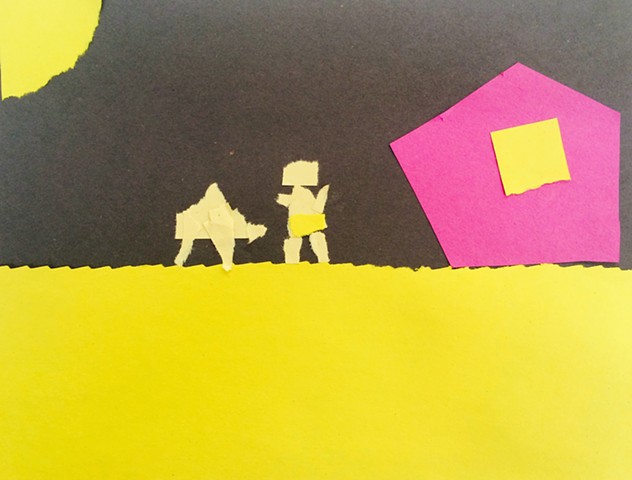 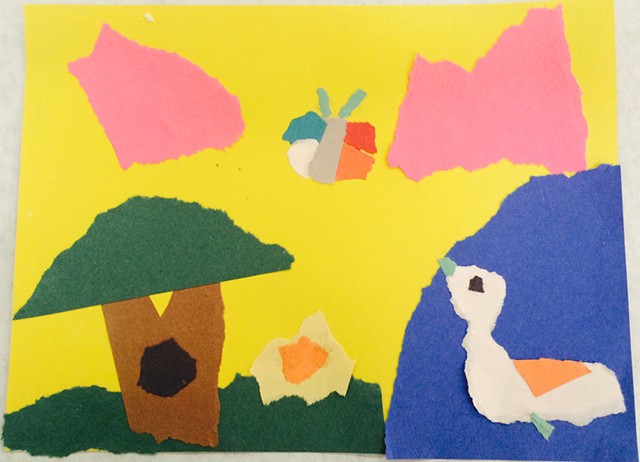 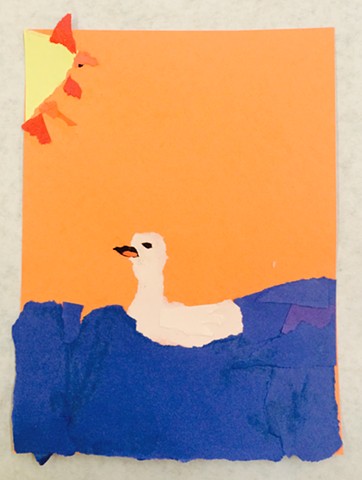 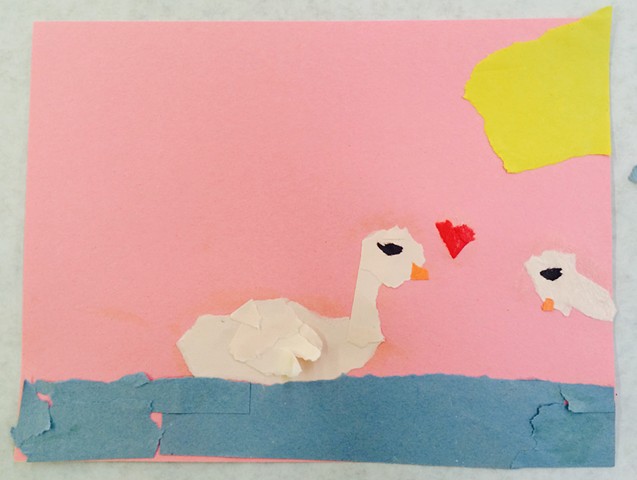 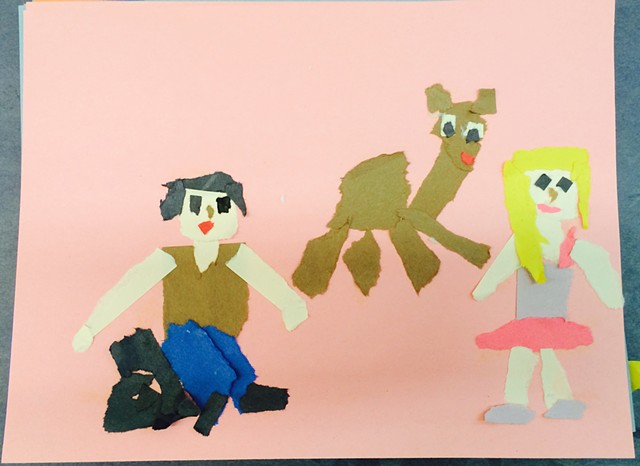 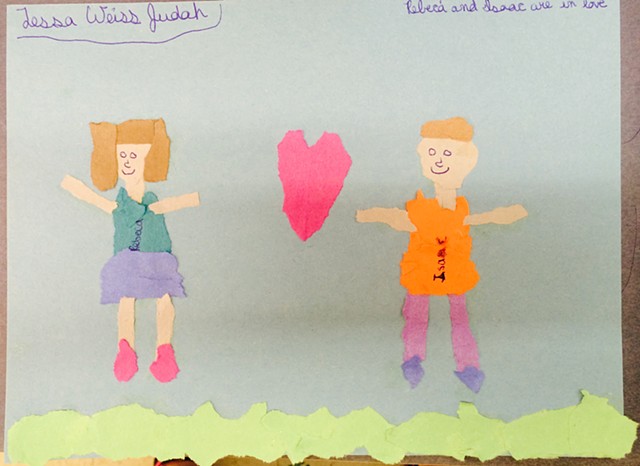 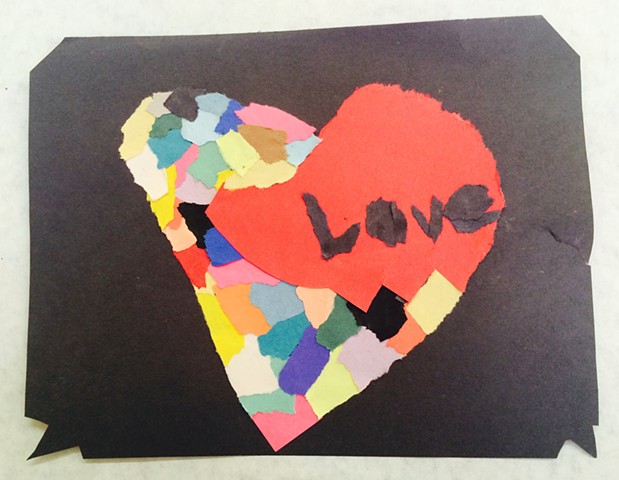 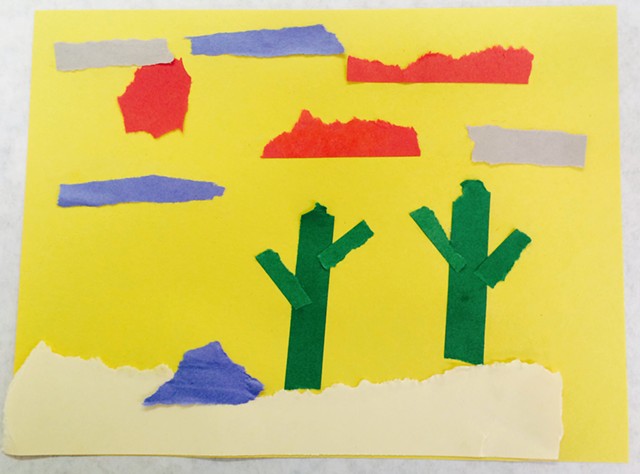 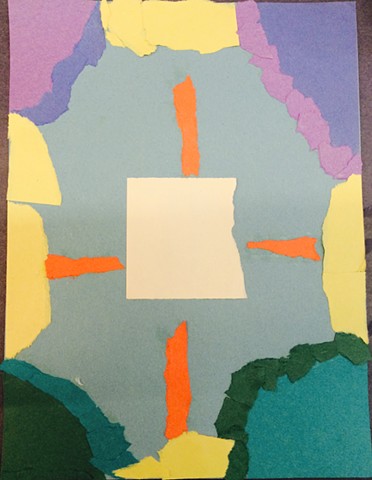 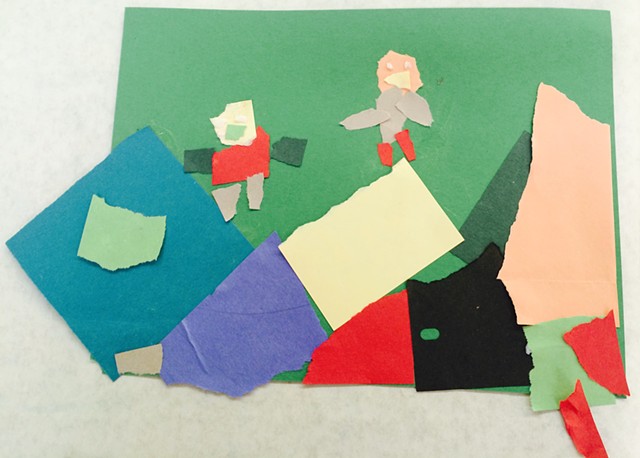 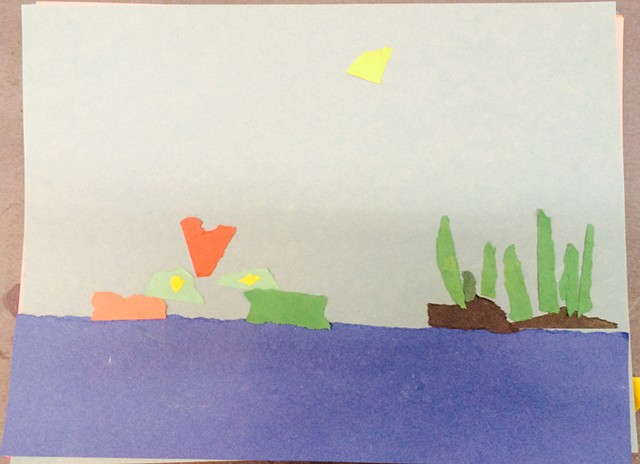 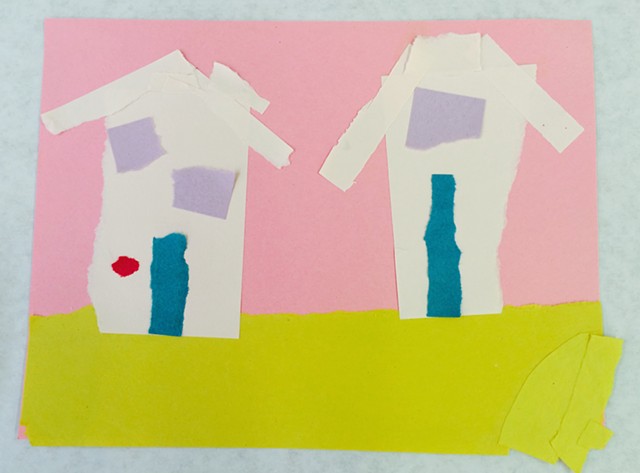 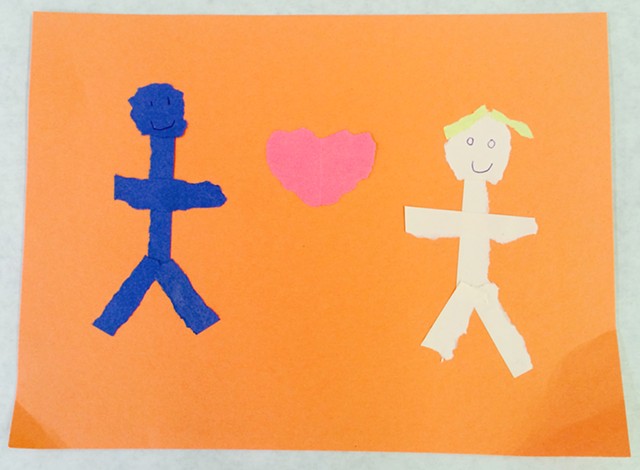 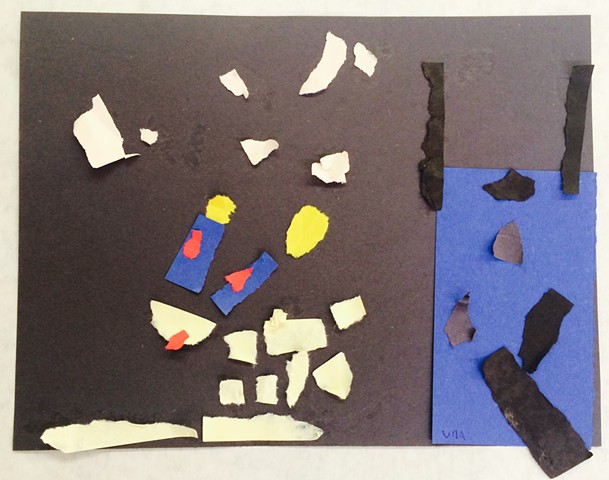